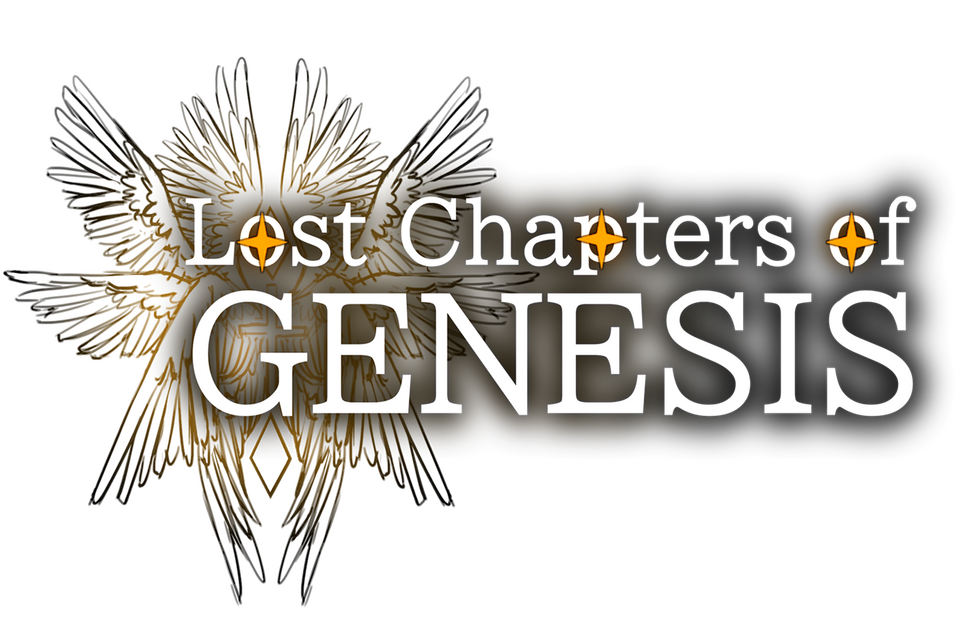 Rec 18+・Casual・Discord based・Art based・Fantasy・Action・College☾☼ No one knows what was antecedent of Genesis 1:1. It is a distant rumor of the Age of Angels.☾☼ There's a secret war humans aren't aware of... Fighting this war, the Angels and Demons disguised as humans without their knowledge. What might attending the Genesis Academy bring out?☾☼ Welcome to The Genesis University of Par Excellence, a regular college in the world where angels and demons secretly have their war amongst humans.☾☼ Angels with the motive to protect the world while the demons with the intention to seek destruction, Lost Chapters of Genesis takes place in a International college where unique students from all over the world and from different backgrounds enroll to pursue their aspirations and seek life-long learning or some, with secret aspirations to destroy during their time in college.LOCATION OF RPGenesis University of Par Excellence
The City of Gold
9 Circles of Eternal Inferno

- LORE, HISTORY
- ABOUT THE RACES
- MECHANICS 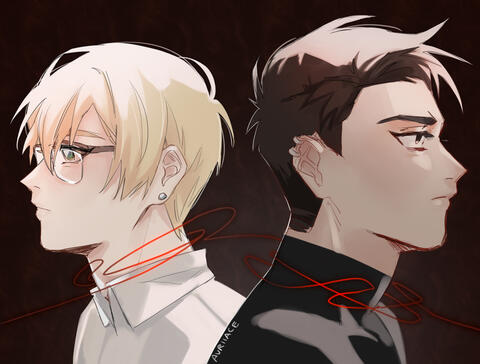 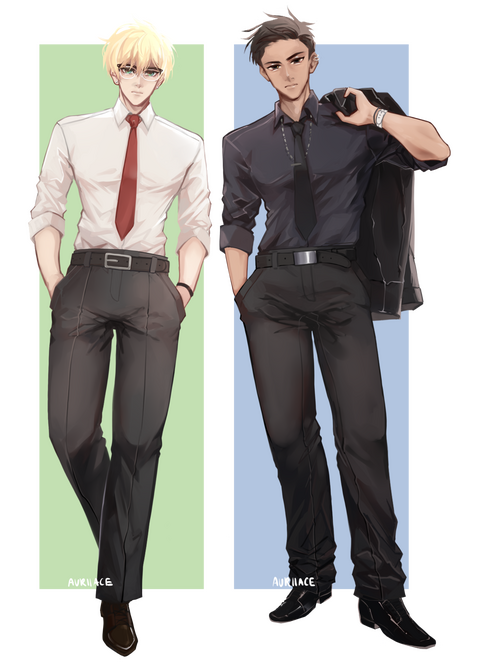 —( ✶The Eclipse of Kingdoms ✶ )—
☾☼ The Eclipse of Kingdoms is also known as the War Amongst Mortals. Demons found a great loss in angels numbers after slaying many upon discovering their life force which are stars. They ended up figuring out they were casting their guardians to Earth. In the name of war a few of them barraged into earth to silently assassinate angel origins. Without disrupting the balance between earth, heaven and hell by revealing themselves, the celestials start the War Amongst Mortals. Demons have always been closer to humans and have access to 7 Gates to earth.—( ✶Tenfold Void ✶ )—
☾☼ The Tenfold Void was caused by the lack of angelic presence in The City of Gold causing it's structure being shattered.☾☼ Hell was losing the war and decided to take a tactical approach on winning the war. The Tenfold Void is a time in which the demons decided to destroy the angel's life force. Heaven's army depleted fast, and the scales tipped towards Hell. As a result of this, angels went on to scatter their stars through chipping a piece of their star (life force) off and sending it to Earth, this caused the event on Earth known as "Rain of the Stars" where the sky lit up with shooting stars and landed in various places on Earth as small rocks after the harsh atmosphere. From there, the angels manifest on Earth in their human forms.—( ✶Genesis Academy of Par Excellence✶ )—
☾☼ Founded in the 1890s, this university is a public research college in a quiet seaside city, outlooking the ocean. The main campus is located on 450 hectares of land surrounded by forestry, beaches, cliffs and residential neighborhoods and skyscrapers/ tall buildings. The university operates and specializes in many majors from the arts to sciences and everything in-between.

—( ✶Angel & Demon Life force✶ )—
☾☼ They are both immortal beings that take on human forms and are really secretive about who to reveal themselves to they have no real family but what they're born from. No one really knows how angels/demons are made but the only thing they'll tell you is they're born from a dying star.[1. Angel's life force]
- a star, only demonic weapons can kill them by killing the human who possess their origins with said weapon. if the human dies without the use of a demonic/cursed weapon the angel origin hops to someone else[2. Demon's life force]
- sigil, only holy weapons or the destruction of their sigil can kill them. if a demon's sigil is revealed, it can lead to them being manipulated or killed thus they do not give away their true names and their sigils to themselves—( ✶Disguises✶ )—
☾☼ Angel and Demon human disguises suppresses all celestial powers so they both need to be an alter in order to sense other celestials. It is possible to sense Aura of another celestial but the feeling is very minor and the results are often wrong (60/40 correct) The disguise can only be undone by the user of the disguiser, or if the user dies. Celestial Aura is akin to scents, Celestials are trackable by the 'scent' of other Auras.—( ✶ The Eden Contracts ✶ )—
☾☼ Both Angels and Demons have to make contracts with beings in the hidden Garden of Eden. In this sacred garden is where one would attain their wings, each guardian has their requirements for the contract. They will lend you their wings and assist in any way they can.—( ✶Guardians✶ )—
☾☼ There are two types of bird guardians, depends on your character's personality and skills. You can choose any type of bird to be your character's guardian.[1. DEFENDER]
-PRINCIPALITY/DUKE- these types of guardian birds are more defensive, your character will be shields, tanks etc.[2. SUPPORTER/HEALER]
- VIRTUE/PRINCE/MARQUISE- guardian birds that are better suited behind the front lines providing support, cover fire, and medicine[3. STRIKER]
- POWER/EARL/KNIGHTS -the attackers and damage dealers, soldiers and stronger assailant bird guardians that are suited for battles[4. TACTIAN]
- DOMINION/DUKE- tacticians are mainly kept off field but still have evasive/offensive move sets—( ✶Aura✶ )—
☾☼ Aura can be split into 2 different types, specialist and elementalist. Demon and Angels can choose one type to master, and if chosen elementalist, max 2 elements you can master.☾☼ Once you choose either specialist or elementalist, they may use both subcategories of auras.☾☼ Aura can only be used minimally in human disguises, and can be used in full when in Alter forms.[1. Specialist Aura]
> STRIKERS, DEFENDERS - Anything pertaining to physical strength or contacts, weaponry included> ENHANCER: can enhance one aspect of their body such as speed, strength, sight, hearing etc.> ORIGINATOR: aura arts such as manipulation, summoners, and other unique auras. (check with mods if other)[2. Elementalist Aura]
> STRIKERS, SUPPORTER, HEALER - This type of aura is bonded to an element, Pyrokinesis, Hydrokinesis, Terrakinesis, Electrokinesis, or Aerokinesis> INFUSION: infuse the type of element into the weapon in order to strengthen the weapon.> PROJECTION: ranged attacks using the elements, or manipulating surrounding landscape etc terrakinesis—( ✶Weapon Archetypes✶ )—
☾☼ Sol and Luna weapons belong to their respective races angels wield Moon (Luna) archetypes while demons wield Sun (Sol) archetypes.☾☼ When angels fall to become fallen angels (demons) their halos turn from Lune to Sol, which affects their weapon the same way.—( ✶Elemental Types✶ )—
☾☼ There are a subcategory of elementals by mixing two elements. Which are only for advanced Elementalist (uncommon)Aero + Pyro = Amplified Pyro
Aero + Hydro = Cryokinesis (Ice)/Amplified Hydro
Aero + Electro = Amplified Electro
Aero + Terra = Harenkindsis (Sand)Pyro + Hydro = Fumokinesis (gas/poison smog/ smoke)
Pyro + Electro = Photokinesis (Lights/electromagnetism)
Pyro + Terra = Geo-Thermokinesis (Molten lava)
Pyro + Aero = Magnified PyroElectro + Terra = N/A
Electro + Aero = Amplified Electro
Electro + Pyro = Photokinesis (Lights/electromagnetism)
Electro + Hydro = HydroelectrickinesisHydro + Electro = Hydro-electrickinesis
Hydro + Terra = Lutokinesis/Crystallokinesis (Mud/crystal/minerals)
Hydro + Aero = Cryokinesis (ice)/Amplified Hydro
Hydro + Pyro = Fumokinesis (gas/poison smog/ smoke)Terra + Pyro = Geo-Thermokinesis (Molten lava)
Terra + Hydro = Lutokinesis/Crystallokinesis (Mud/crystal/minerals)
Terra + Electro = N/A
Terra + Aero = Harenkindsis (Sand) 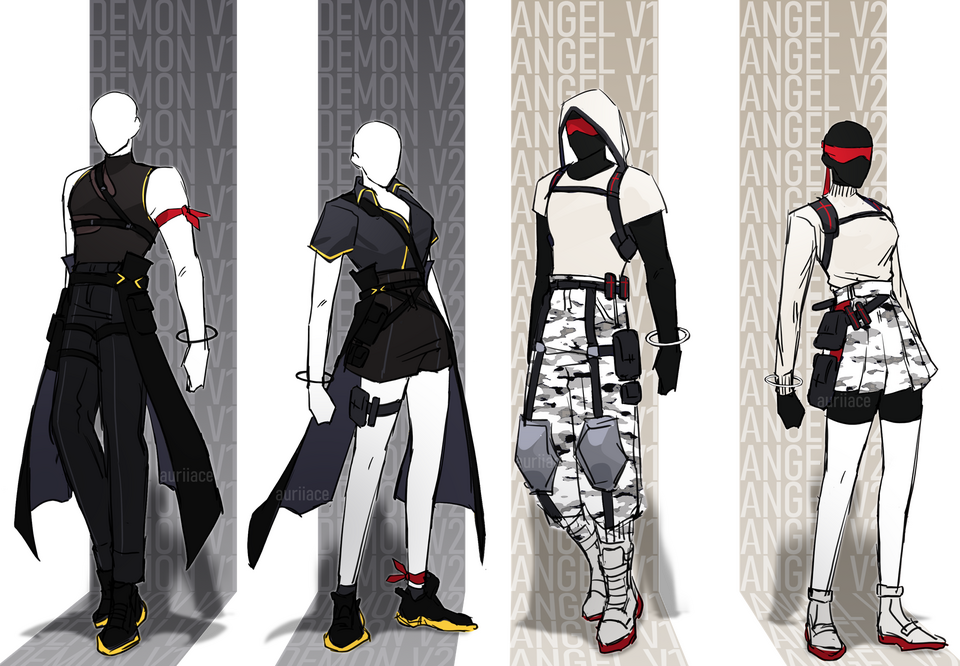 —( ✶About the Humans✶ )—
☾☼ Humans aren't aware of angels or demons, anyone could be a demon or an angel! be careful who you talk to because humans can not sense auras. They can make deals with angels and demons for a certain price, just don't trust anything 100%!☾☼ Human Life Force Holders, don't need to know that celestials exist they just need to not die. The life force can be placed in a human by an angel knowingly or unknowingly to the human. They wont feel anything as the comet rock sinks into them. It will not be detectable once infused with human. There are small side effects such as slightly faster health recovering, and more energy. It is easier to kill a human to extract the life force because it will fall out once the life form attached to is dead. Extraction of the life force is difficult to complete without killing the host (rare to survive).[1. Angels Blessings]
- humans can be blessed by angels, and angels can become a human's guardian angel through blessings and will show up under any circumstance (if they wish) to help the human in any situation
- the blessings are unconditional but are rare
- contracts can be made for the human to be half angel and possess a portion of the contracted angel's powers.[2. Devil Contracts]
- demons are allowed to make contracts with humans, these contracts do several different things but to seal a contract your OC will need to ingest the blood of the human
- the contract can be about anything such as, take over your body any time in exchange for an item or a thing 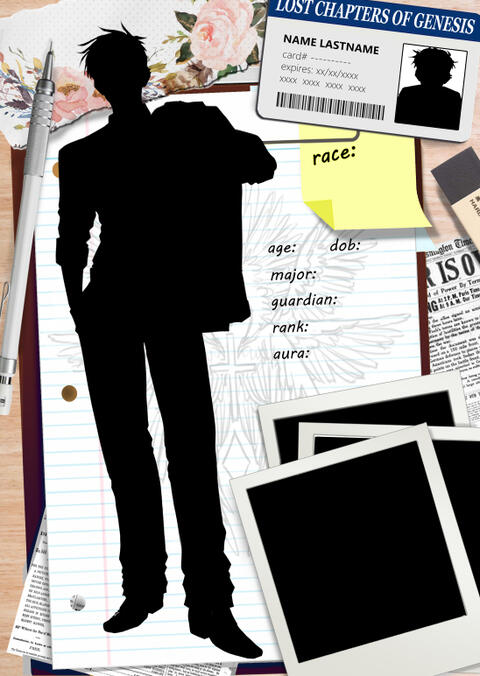 To join Lost Chapters of Genesis please fill out the visual app, and written app via google docs (make a copy and hand in copy) located above and fill out this google form, also located above, for application approval.Make sure the google document is available for us to see!

☾☼ The following is everything that is on the Google Doc Written Application. Fill everything that applies to desired race, ignore all things Aura related if OC is human.